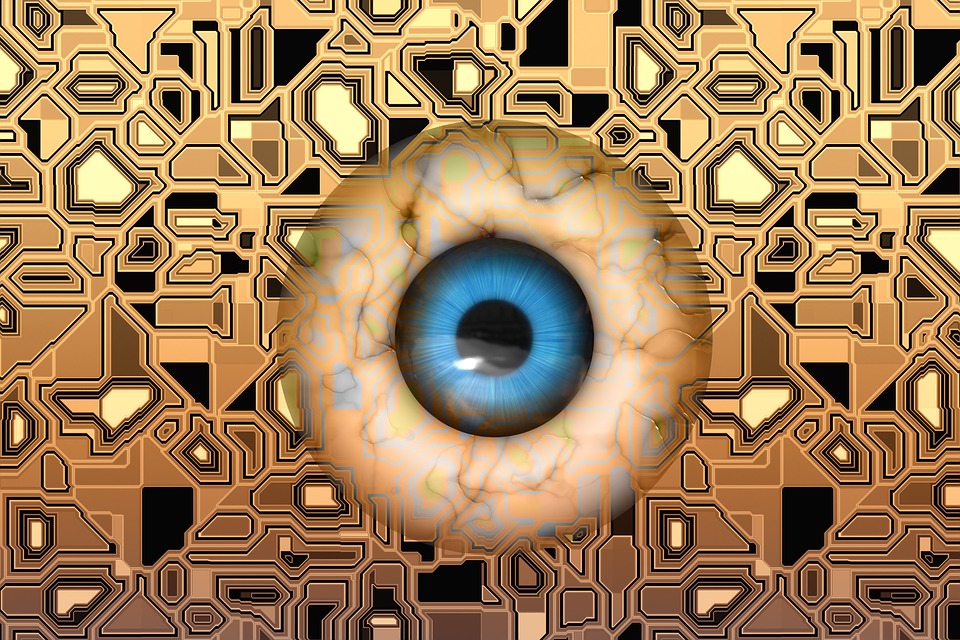 What is Artificial Intelligence?

Artificial Intelligence has been around for more than 50 years. But the use and impact of Artificial Intelligence and Machine Learning have exploded in recent years. This is mainly based on hardware development, which has provided the necessary performance. This article gives an overview of past and current AI development and describes some of the benefits and concerns of the expected development.

Artificial Intelligence (AI) has become one of IT development’s key New Age areas in recent years. Thanks to AI, computers have beaten humans in various games, such as;

Perhaps more significant than any of these is that AI has recently passed humans regarding the quality of image recognition (2015).

Computers are not really “intelligent” but have only outperformed humans by sheer brute force. The computers are not really “thinking”. However, these cases still show that computer solutions are starting to outperform humans in some specific areas. Computers winning trivial games may not significantly impact our day-to-day lives. But there are other domains where computer solutions are improving and considerably impacting our lives, as we shall see in this article.

Artificial Intelligence is used in areas so diverse as when we search on Google, speak to virtual personal assistants such as Siri, Google Now, Cortana or Alexa in various video games, and make purchase predictions and recommendations on websites and music services.

AI is also used for fraud detection, to produce simple news updates such as financial summaries and sports reports, for security surveillance and even in smart home devices. Further, for stock trading, in medical diagnostics for various military applications and, of course, for self-driving cars. In most of these cases, we are unaware that AI is involved. 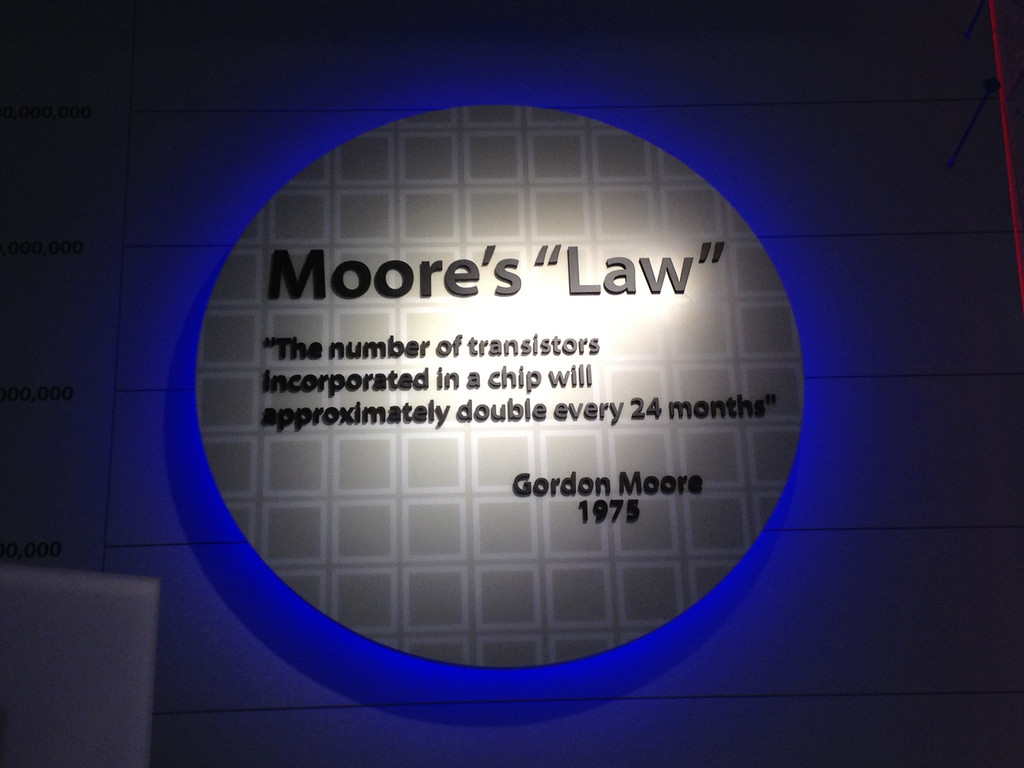 Specific applications of AI have been around since the late ’50s, and the actual application of the technology seemed like fusion always to be in a distant future. However, in the last five years, speed has accelerated dramatically.

The speed of innovation related to Artificial Intelligence has outpaced Moore’s law (that the number of transistors per square inch on integrated circuits had doubled every two years. Gordon Moore predicted this trend would continue into the foreseeable future).

Artificial Intelligence is expected to impact our lives significantly in the following decades. Expected breakthrough includes; Autonomous cars, transportation, and automated manufacturing, and some reports suggest that half of the job titles known today may be gone within 20 years. Therefore understanding what Artificial Intelligence is and what consequences the expected development may cause is no longer a subject for an obscure academic community but is essential for everyone.

Even though the concept of robots and the foundation of neural networks are older than AI, the idea of Artificial Intelligence is ascribed to Alan Turing, who in 1950 published a now-famous paper on Computers and Intelligence, which suggested that it was possible to construct a machine which could think. In this article, he also described what has later become known as the famous Turing Test. The Turing Test states that a human should communicate via a network with two other entities (one computer and one human being). If the person interrogates, the other two cannot determine which is the human and which computer should be considered intelligent.

OpenAI, on November 30, 2022, released a ChatGPT, a very advanced text analysis tool. For a human being, it is tough to assess that it is not a human being on the other side. However, other AI tools are available online to determine the probability that a machine wrote the text.

In 1956 John McCarthy suggested the term “Artificial Intelligence”. During the next few years, scientists from fields as diverse as mathematics, psychology, engineering, economics and political science discussed the concept of an artificial brain. The real breakthrough of AI happened from 1990 onward, and we are now in a formidable revolution of using machine learning and other concepts. While many applications may not be overly visible to the average person, the following years and decades will be disruptive.

Science fiction literature traditionally suggested robots with human-like characteristics. That is not the mainstream expectation any longer.

A lot of technology development has been exponential. In particular, computer development is based on doubling the number of transistors per area every two years. This development has driven the performance of computers in a never-ending exponential growth. AI using computers is part of the same trend. Hence AI development is going faster than most of us realise. The human capability has increased over centuries and decades but much more linearly. It is worth remembering a quote from Bill Gates “we always overestimate the change that will occur in the next two years and underestimate the change that will occur in the next ten. Don’t let yourself be lulled into inaction.”

Artificial Technology is an umbrella term. In reality, it is a broad range of different approaches. According to Pedro Domingos, there are five AI paradigms which are called “tribes” in a book on Machine Learning – The Master Algorithm.:

Various diverse technology and techniques jointly make up the area of Artificial Intelligence. Here are some examples:

In 1957 an algorithm was developed called Perceptron.

The first implementation was developed as software for the IBM 704 computer by Frank Rosenblatt at the Cornell Aeronautical Laboratory, funded by the US Office of Naval Research. Later it was developed into specialised hardware. It tried implementing a straightforward artificial variety of brain neurones and had simple image recognition capabilities.

In the news at the time, it was described as if it in later versions would “be able to walk, talk, see, write, reproduce itself and be conscious of its existence”. While that has not yet happened, the same technology (neural networks) is used in many pattern recognition. While the algorithms indeed have been further developed than in the Perceptron, the enormous improvement of computer performance has made the last few years of development possible.

Government institutions, as well as employers, collect more and more data. When combining analytics and AI, it may be possible to identify risky behaviour. While this may have some positive effects, there are also risks. Many intellectuals are concerned about the potential development of extreme AI. There are a lot of valid reasons to worry. Some public profiles such as Stephen Hawking, Steve Wozniak, Bill Gates, and Elon Musk have each predicted that strong AI could pose a threat to humanity. Philosopher Nick Bostrom has also raised similar concerns.

While their concerns are probably valid, weaker forms of AI are perhaps already a threat when used by the wrong person. While strong AI may take a long time to materialise, there are already indications that AI and Analytics have been used to affect the result of recent elections, including the Brexit referendum and the US presidential election in 2016. Today’s AI algorithms are not necessarily very intelligent since there are indications that Google’s search engine and Facebook have been manipulated into showing propaganda before the severe news.

Elon Musk has raised concerns about AI being used to fight wars. As the development of artificial intelligence progresses, AI implementations will get more intelligent. There may not be one super-intelligence in the world, but many. If these are fighting wars with each other’s humanity may undoubtedly be at risk. However, even now, AI used for the wrong purposes is already dangerous.

When will AI take your job?

So far, automation and robots have not taken a lot of jobs. Harvard economist James Bessen looked at the professions listed in the US 1950 census and found that only one position was gone – the elevator operator). Indeed, jobs are disappearing, or perhaps more correctly, the number of people working in certain professions is being reduced.

But new jobs have been created instead, and so far, the threats of unemployment have been severely exaggerated. That may not be the case in the future, and given the increasing number of applications, we may see more risks in the not-so-distant future. However, when only certain parts of the process are automated, the prices may go down and the demand increase and hence there may be other jobs created, reducing the drastic impact, which would be easy to predict.

However, that is only one side of the coin. AI experts themselves are worried. In a survey, they thought that by 2032 half the driving on motorways would be done by self-driving cars. Job losses may also come in sectors which are not expected. One article suggests that lawyers are a sector ripe for automation. Since much manual labour is currently spent searching through old cases, AI algorithms can relatively easily replace such research work.

How will society change?

On another level, automation, access to information and prices, and cutting off intermediaries likely have a significant deflationary impact on mature markets and may well be one of the reasons for the current low-interest levels in the Western World. This transformation may not be only due to Artificial Intelligence. But AI increasingly powers simple applications such as using Google maps to find your route from A to B.

Society will change, and policymakers must respond to these changes. The expected AI revolution may be as dramatic as the industrial revolution. Elon Musk has suggested that we consider the basic income provided by governments since the number of unemployed who cannot get traditional jobs will increase dramatically as automation increases over time.

Jobs that are most likely to become obsolete

A few studies have listed the likeliness of specific job categories being replaced by computers.

What can we learn from this? The more streamlined and process-oriented a job is, the more likely it will become redundant. Among the 5%, most likely jobs to be automated are Telemarketing, Insurance Underwriters, Watch repair, data entry, Umpires, Referees, drivers, bookkeeping, accounting and payroll and Paralegals and Legal Assistants. On the other side, the least likely job profile to be replaced was Recreational Therapists. However, experts assume that Artificial Intelligence will beat us in every task within 45 years.

Due to the exponential development of computer hardware, artificial intelligence solutions have led to significant breakthroughs in the last few years. Experts assume we are beginning a new industrial revolution where automation will make many jobs obsolete. Governments must prepare for a society where not everyone has a traditional job. While this development may look scary, it also means opportunities for a better life for all of us. There are threats, but if they can be managed, computers will help us all to live a better life even in the future.

The article was updated and republished in December 2022.