Treat your friends with your phone!

‘‘I was delayed for an After Work with a client and decided to use our latest project to solve the problem. I used my phone, started the Intreat App and selected a glass of red wine, recorded a video where I apologised that I was late and suggested to my contact that he should go to the bar and collect a glass of red wine which I had already paid for. I paid and clicked Send. Do I need to say that the meeting was a success? 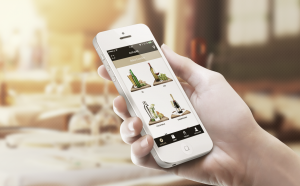 In March 2012, I met Intreat for the first time. Intreat was a start-up with the revolutionary idea of starting an online service for Social Gifting. The idea was that people should be able to treat their friends with their phones. We first helped them build a prototype tested in a few cafes in Uppsala during the summer of 2012. During the following year, the vision grew and became entirely mobile. Now it is possible to pay by credit card and Sweden’s most common electronic payment method. We also developed an advanced Facebook integration. Electronic vouchers can be redeemed in many restaurants using Sweden’s most significant Point of Sale system for restaurants. It is now possible to treat friends in about 30 restaurants in 9 cities around Sweden.

Gislen Software has full responsibility for all technical development. The Server solution is developed in Microsoft Dot Net technology, installed and hosted in a redundant cloud solution. We have developed the iPhone app ourselves, while a partner company in India developed the Android app.

The Internet app is currently available for iPhone and Android. It is possible to use the app to send treats to friends and contacts or pay in advance to collect drinks or food in the bar and avoid queuing.

Currently, the solution is only available in Sweden but watch this space. We are working to help Intreat launch the app in other markets soon.

Addition: Since this article was written, the Intreat solution has developed into a complete restaurant ordering system which our client Dineflow AB now owns