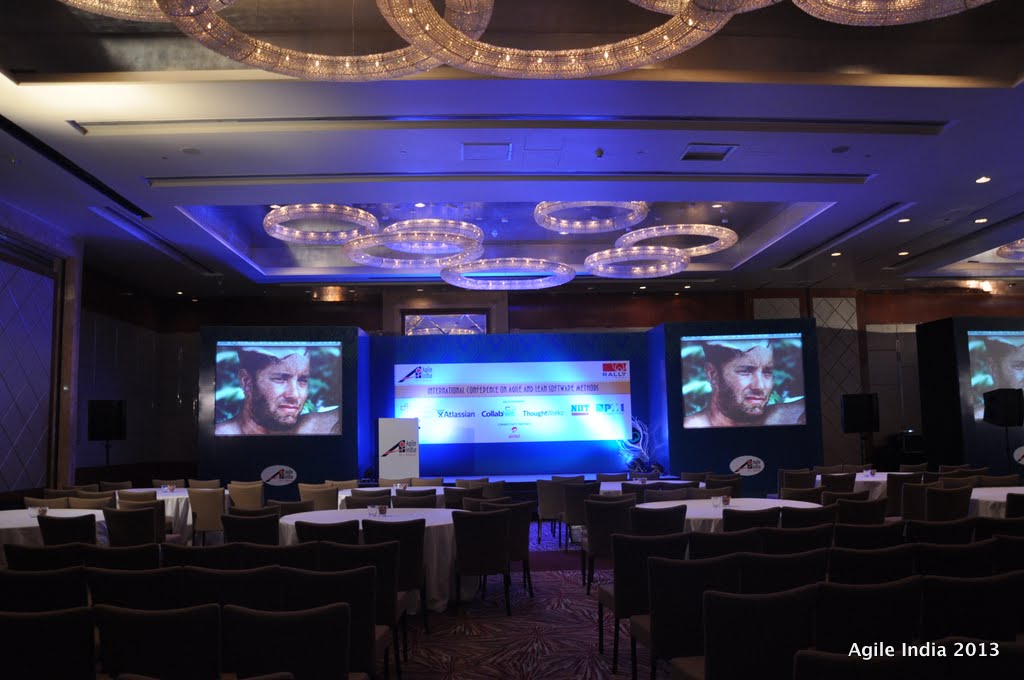 Quality and Agile methodologies at the Agile India Conference

Agile methodologies are used more and more here in India. During the conference, the special challenges with agile development in offshore software development were discussed. One suggestion mentioned was to use a permanent team with a fixed monthly price and focus the plan on which features should be used rather than focusing on the cost of a project.  In this way there would be a greater focus on content and value rather than cost and more creativity can be released.  This can make it easier to get an agile view which otherwise can be hard when working in distinct customer/vendor-roles. Known profiles within the international agile community such as Martin Fowler and Dave Thomas were there, both of them are signatories of the Agile Manifesto. Other well-known people who can be mentioned were there were Arlo Belshee who works with Microsoft with agile development and Narsh Jain who is perhaps one of the Indians who have done the most to inspire Indian software developers to use agile development.

There are various flexible Agile methodologies, i.e. eXtreme Programming, Scrum, Kanban, Lean Startup, DSDM and frameworks such as SAFe and DAD. While most of these build on a rigid iteration-based development paradigm, they are also built on a more holistic perspective which has borrowed from social constructivism and complex adaptive systems (CAD). While traditional methods avoid changes during development agile development is encouraging them.

At Gislen Software we use agile methodologies since many years back. We use Scrum with some eXtreme Programming practices. A short version of the presentation Mikael presented is found below: